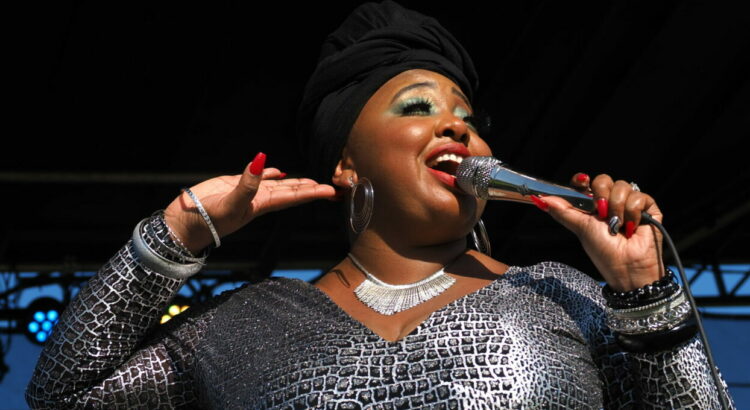 Annika grew up singing in the church, but it was during her two tours of duty in the US Army that Chambers realized the gift she had. Chambers became part of a touring band making the rounds through Kosovo and Iraq, providing a welcome lift for the troops’ morale. Returning to Houston in 2011 brought the creation of Annika Chambers and The House Rules Band. By the end of 2014, Chambers’ debut album, “Making My Mark”, was climbing blues charts across the US and Europe. Her meteoric success and rising attention brought Annika Chambers the coveted nomination for 2015 BMA (Blues Music Award) “Best New Artist 2015”. She also won Blues Music Award in 2019 in the ‘Soul Blues Female Artist of the Year’ category. Her sophomore release, “Wild & Free”, did not disappoint, with a debut at #7 on the Billboard Blues chart! Chambers has a deep passion for supporting and inspiring the next generation of musicians, donating time speaking in classrooms about the legacy that is the blues.