Due to COVID, bands may change. 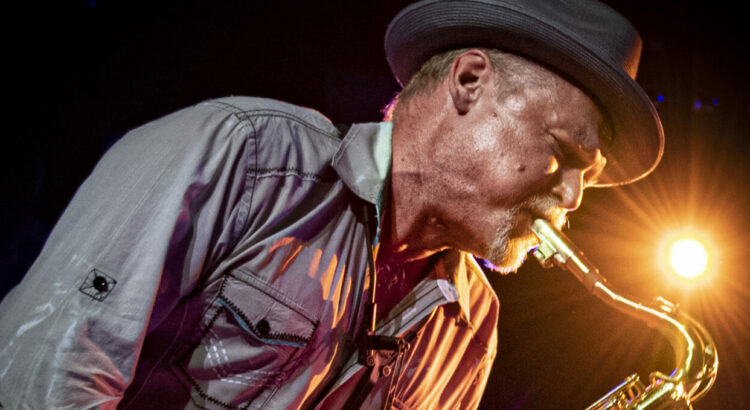 Saxophonist, singer-songwriter, and arranger, began his musical journey over 35 years ago. Jimmy has written, arranged and recorded the horns for many artists, and has gained a reputation as a master Blues, Rock-n-Roll and R&B saxophonist. Jimmy has also released three solo albums: Toiling in Obscurity, (2008); Walk Away (Vizztone 2014), and Jimmy Carpenter Plays the Blues (Vizztone 2017). After many years in New Orleans, he currently lives in Las Vegas with his partner in crime and musical inspiration, Ms. Carrie Stowers. In addition to leading his own band and playing with numerous others, he is the Musical Director for the Big Blues Bender, and leader of the Bender Brass, The Bender’s house band. He is the current president of the Las Vegas Blues Society, and in 2020 & 2021 was nominated for a Blues Music Award for Instrumentalist – Horn. 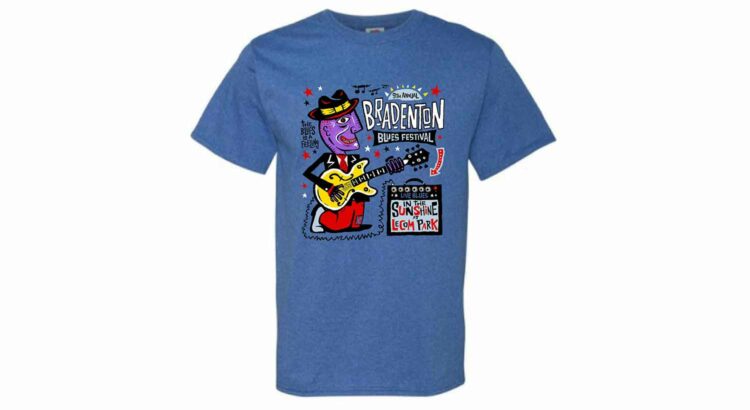 We partnered with artist, Grego Anderson at MojoHand.com, to create the 2020 festival art, which Manatee Apparel Graphics transferred to this awesome t-shirt. 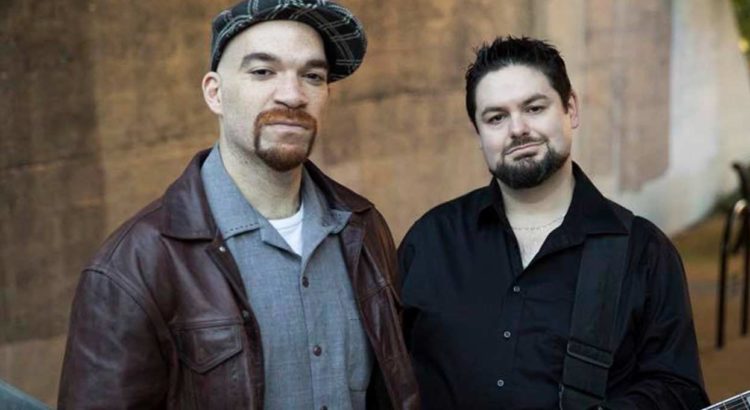 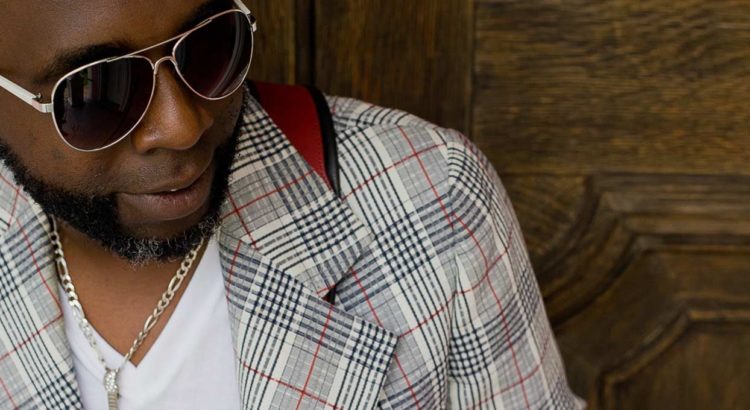 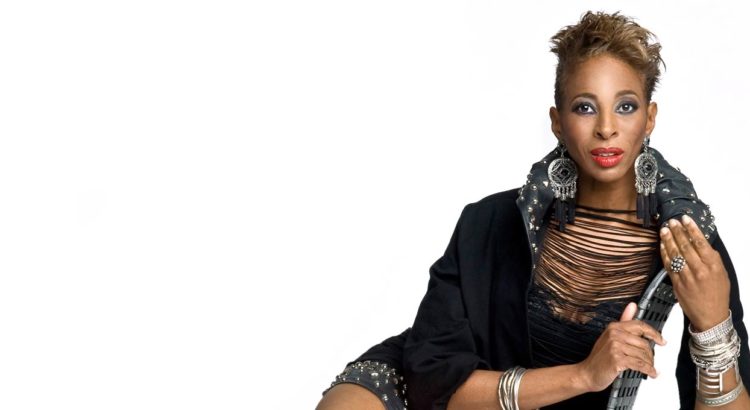 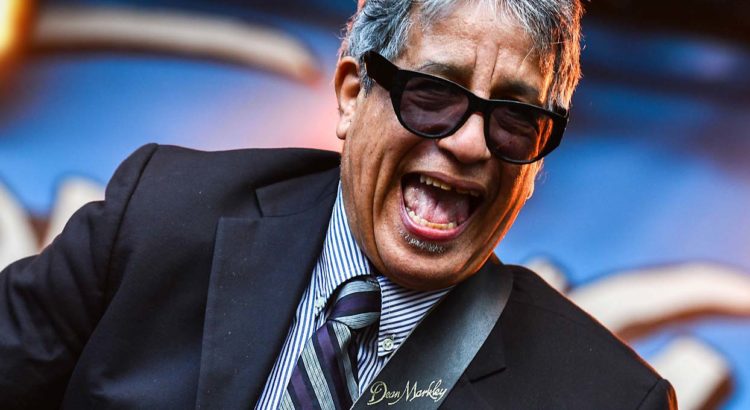 At the age of eight, Cain taught himself to play guitar and began playing professionally before he was eighteen. Chris studied music at San Jose City College, and was soon teaching jazz improvisation on campus. Over the next twenty years, Cain would also master piano, bass guitar, clarinet, alto and tenor saxophone. The combination of his blues upbringing and his jazz studies melded to form the searing guitar style that sets Chris Cain apart and has moved him to the top ranks of the blues music scene. Cain’s debut recording, Late Night City Blues (Blue Rock’it Records-1987) garnered four W.C. Handy Blues Award nominations, including Guitarist of the Year. 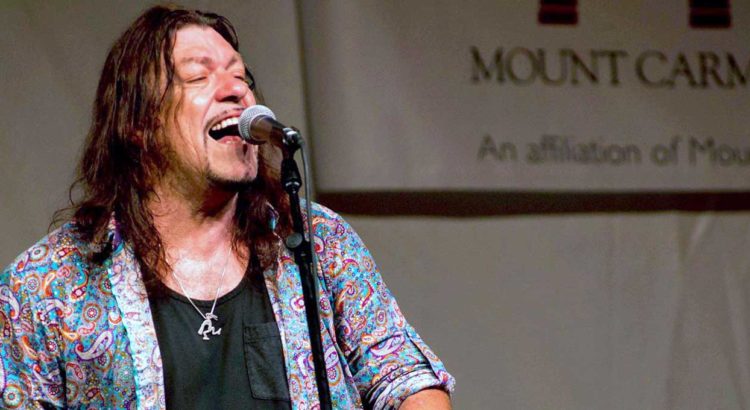 An amalgamation of blues, soul and world music, multi award winning Australian singer/songwriter “Peter D. Harper” creates a heady mix of roots music through his creative use of the harmonica, and the haunting drone of the didgeridoo. By combining traditional and modern influences, borrowing from Western and World music, Harper has created a highly original take on the roots genre, which many have labeled “World Blues”. Harper has received an amazing fourteen music awards in four different countries. His innovative use of electronic enhancement and feedback breaks the traditional boundaries of the harmonica, giving his music its distinctive harmonics and effects. The powerful guitar sounds and the unique drone of the didgeridoo create raw yet eerie sonic textures, somehow sounding primal and contemporary at the same time. 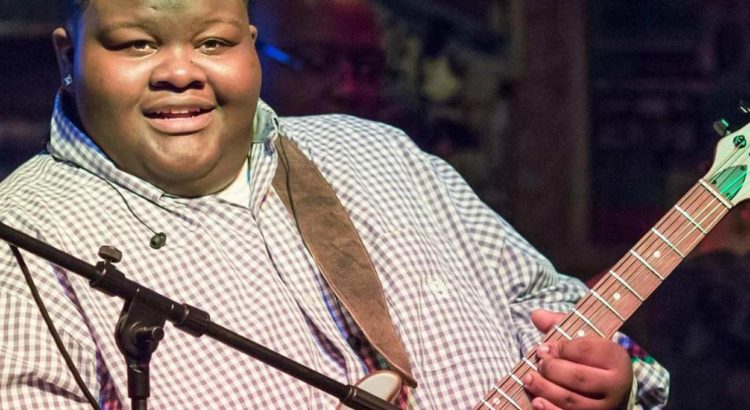 Born in 1999, Kingfish began playing the drums at age 6, bass guitar at the age of 9, and lead guitar at the age of 11. By the age of 14, he was great on all three instruments and has added vocals to his ever-growing list of talents. Kingfish is a living phenomenon, soon destined to be a living legend! He has won the following awards: 2015 Artie “Blues Boy” White Youth Scholarship Award, 2015 Jus’ Blues “IN HONOR OF B.B. KING” King of The Blues Award, 2015 Robert Johnson Rising Star Award presented by The R&B Hall of Fame, 2015 Muddy’s “Performance of The Year” Award at The Safeway Waterfront Blues Festival, 2015 Sean Costello Rising Star Award Nominee, 2016 Young Blues Generation Award presented by The Bellinzona Blues Sessions Festival,  and 2016 Rising Star Award presented by The 3rd Annual New Blues Festival. 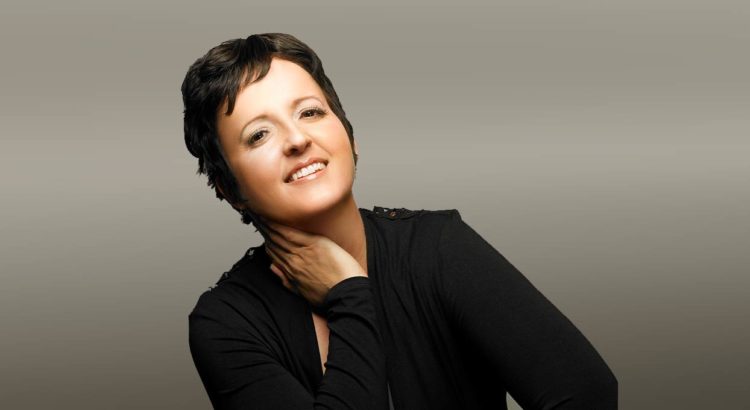 In some ways, Roots R&B/Americana singer/songwriter/piano player/guitarist Kelley Hunt is a rarity and a challenge to the music industry’s penchant for easy artist definitions — a woman who has muscled her way onto the scene on her own terms with an identity steeped in blues/roots/gospel traditions and a refreshing originality. She makes music with its righteous roots intact that also crosses boundaries, has an open-minded, exploratory attitude and takes on social and political issues. Together with a commanding, passionate stage presence and superior vocal, keyboard and songwriting skills she has earned the respect of critics and fans across North America and Europe. 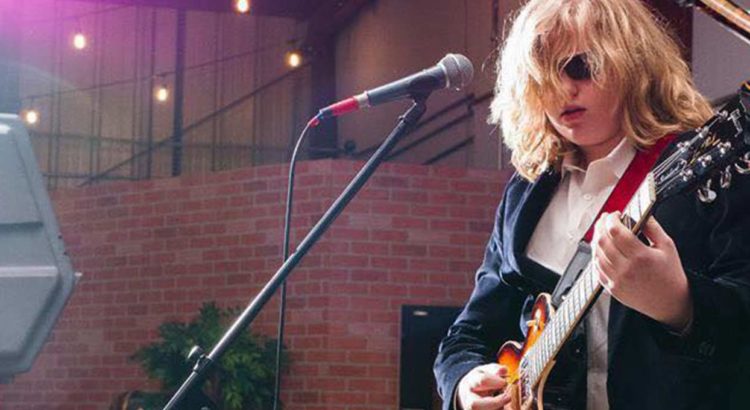 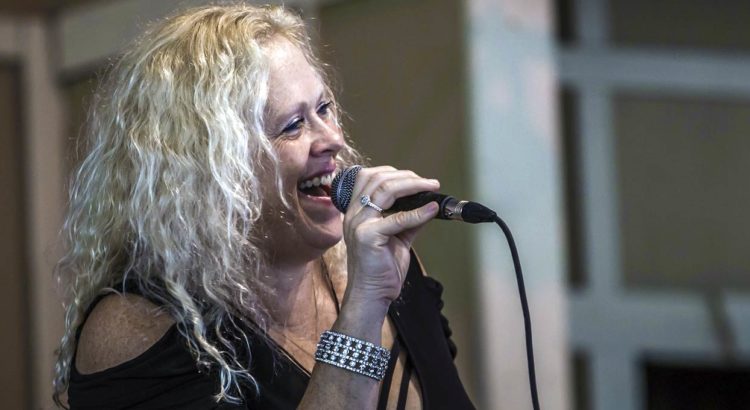 Inspired by classic & electric blues, the Bridget Kelly Band has placed their unique stamp on the blues genre, with high-energy live performances and a hybrid sound that mixes Texas and Memphis Blues with various Southern Blues traditions. The powerful and sultry vocals of singer Bridget Kelly and the incendiary lead guitar work of Tim Fik forge a signature hybrid sound that combines female urban blues with riff-driven rockin’ blues guitar, held together by a dynamic rhythm section comprised of Alex Klausner on drums and Mark Armbrecht. The Bridget Kelly Band (BKB) recently at the “Women in Blues” Showcase in Memphis during the 2017 International Blues Challenge (IBC). The Bridget Kelly Band were International Blues Challenge (IBC) Semi-Finalist in 2015 and 2016. Also, Tim won a Keeping the Blues Alive Award in January from the Blues Foundation. 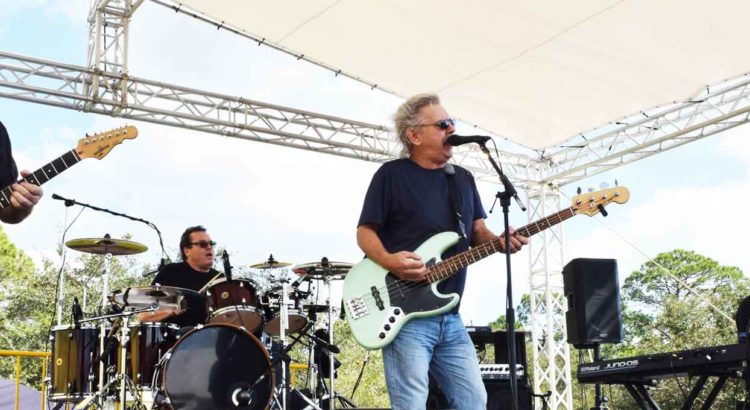 A high energy show that has dynamic vocals, soaring guitar and a tight rhythm section. The band is based out of Florida’s Suncoast. The Memphis Rub Band showcases vocals reminiscent of James/Otis, soulful blues guitar, solid drumming and dynamic piano and organ. “Barefoot” Dan Ryan plays the keys, Jay “Jayson” Moss on the drums, Gary Drouin is known as “Guitar Gary” and Scott Matzke’s unique bass style and soulful vocals bring a tasty BAM to the Memphis Rub mix! 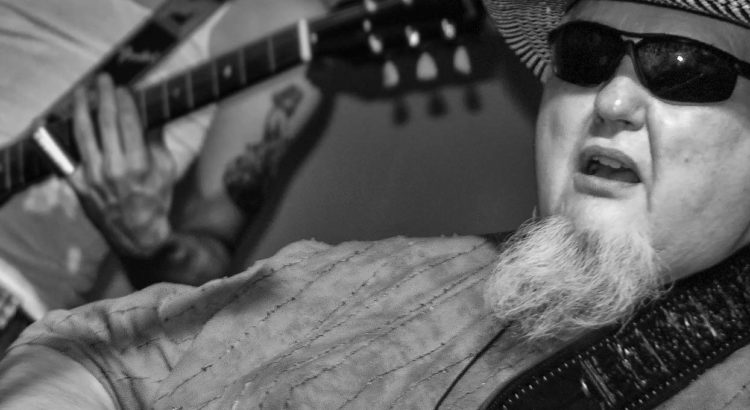 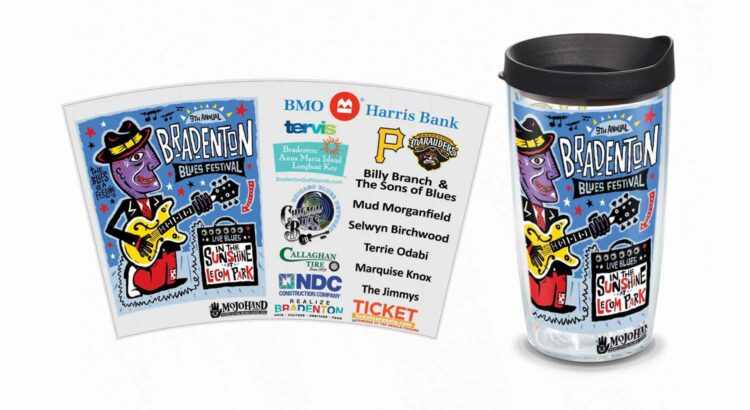 We partnered with artist, Grego Anderson at MojoHand.com, to create the 2020 festival poster, which we transferred to this awesome tumbler from Tervis. Keep your drink hot or cold, and show the world that you love the Bradenton Blues Festival! 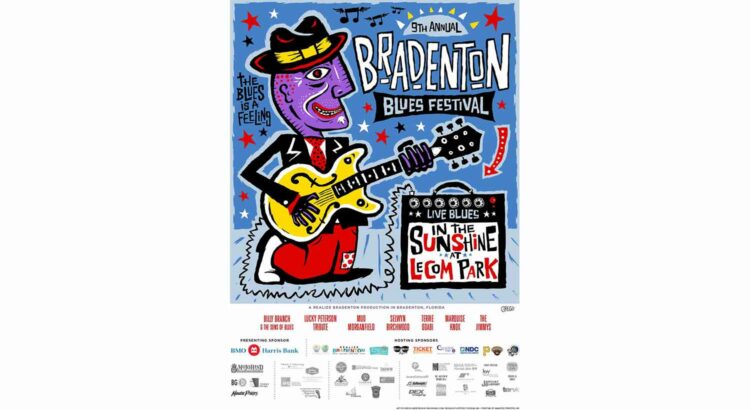 The Bradenton Blues Festival features a new, limited-edition poster every year that features the original artwork from renowned artists. Our online store has limited inventory of signed and numbered posters from each festival, from 2012–2020, including the newest 2021 poster, coming soon! 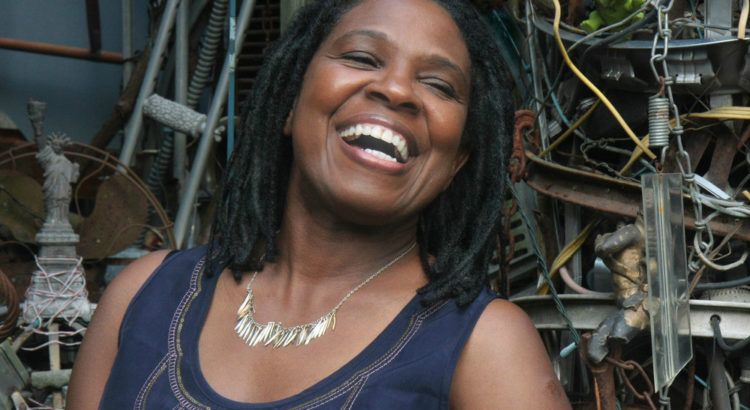 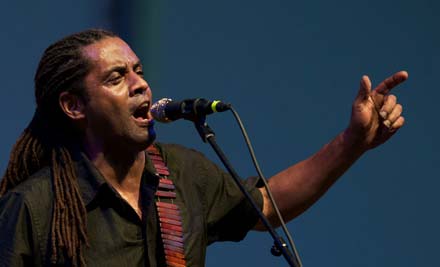 Baton Rouge swamp blues master has been elating audiences since the 1970s with his explosive guitar licks, hot harp and potent vocals. 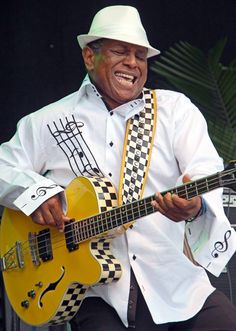 A superbly funky bassist and outstanding showman , Miller has become a favorite at Aces Live in Bradenton with songs ranging from the funky double entendre “Butter My Biscuits” to the somber, soulful “Never Seen it Coming.” 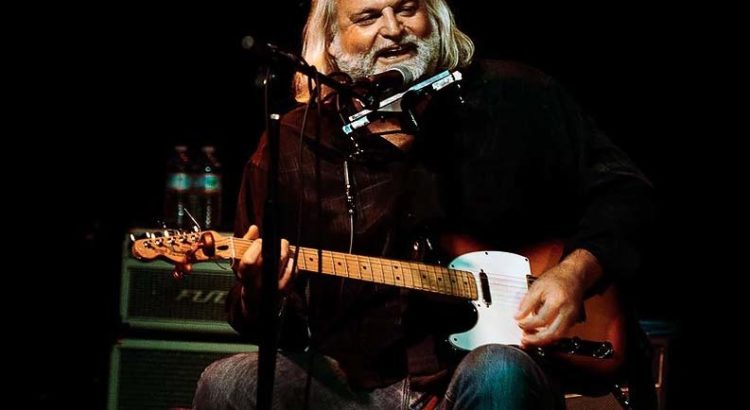 The New Orleans-based harmonica player and vocalist offers plenty of emotional punch as a performer while also excelling as a songwriter.