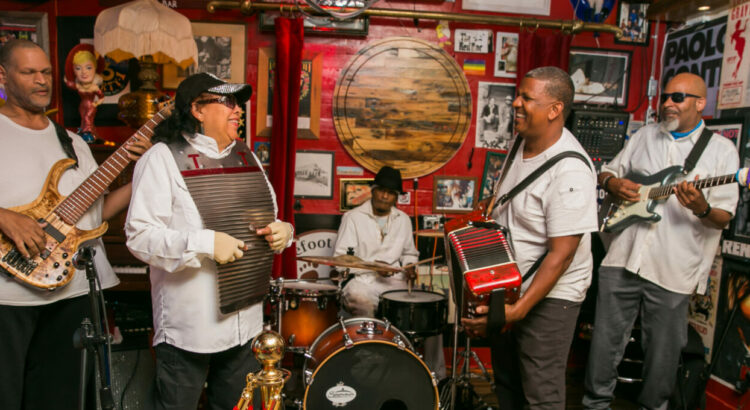 The Carrier family is as synonymous with Zydeco music as beads are with Mardi Gras. Dikki Du Carrier marks the third generation of the Carriers to keep the musical tradition alive. Zydeco is a family thing. If one plays, everyone plays! He picked up the washboard at nine years old, the drums at 13, and traveled the world professionally at 19. But Dikki’s life changed when he decided he wanted a band of his own. Dikki taught himself how to play accordion, he says, “I just stayed in a room and played the accordion for a whole year.” Zydeco continues to grow as a music genre, including a short-lived category in the Grammys from 2008-2011 that Dikki’s brother Chubby Carrier won in 2011.