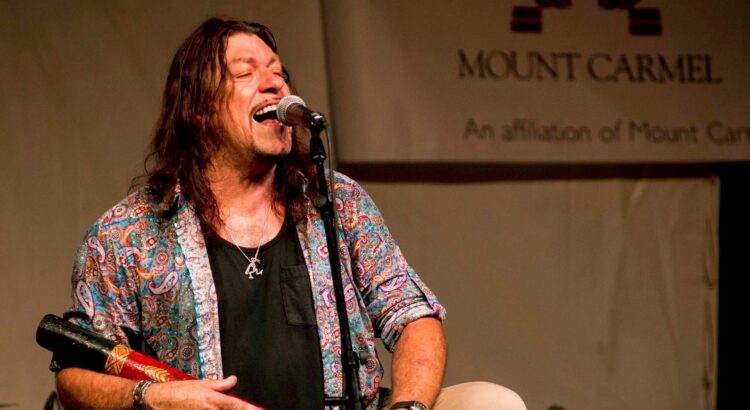 Award winning Australian singer/ songwriter/ virtuoso harmonica player “Peter D. Harper”, now based in Detroit, Michigan, creates a heady mix of roots music through his creative use of the harmonica, and the haunting drone of the didgeridoo. Known in the music world as “Harper”, brings forth his latest release “RISE UP” (Access Records), featuring 10 original tunes that reach deep within. “RISE UP”, which had its debut at #3 on the Billboard Blues Charts. Harper has received an amazing 14 x Blues/Roots Music awards (including a Gold Record) in the USA, United Kingdom, Australia, and Canada and achieved 4 x Top Ten Billboard Blues Charting albums. He recently won a Detroit Music Award for “Outstanding Vocalist”. “RISE UP” is without a doubt Harper’s best work to date and was listed in the Top 20 Albums of the Year by Blues Blast Magazine. Harper and Midwest Kind were nominated for the 2021 Independent Blues Awards for *Best Modern Roots Band and *Best Modern Roots Album – “RISE UP”. Harper is backed by his talented Midwest based touring band called “Midwest Kind” which features: Austin Johnson on guitar, Lee Lewis on Bass Guitar, Jeremy Canonico on Drums and Bobbi Llewellyn on backing vocals/percussion.