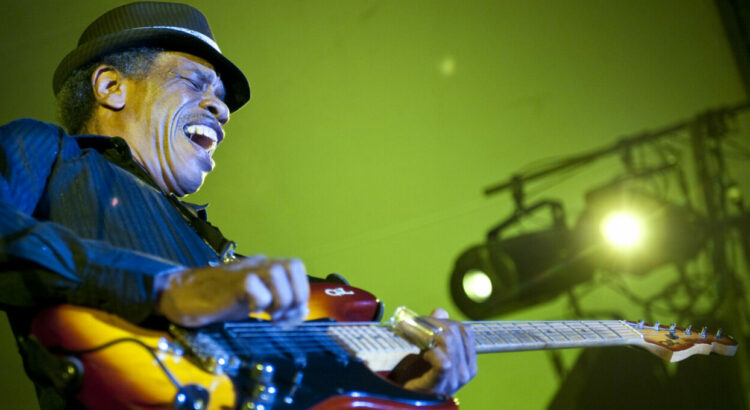 Born into a musical family in 1957 in Los Angeles, James Armstrong had blues music in his blood from the very start. His Mom was a blues singer, his Dad played jazz guitar. Armstrong formed his first band in the 7th grade, and by age 17 he was touring the country. James would start making waves on the local California blues circuit by his 20s, becoming the youngest member of Smokey Wilson’s band. In the 1980s, James was a founding member of the band Mama Roo and received his first recording contract for Crescendo Records. Armstrong continues to tour extensively. He pays tribute to the past with the traditional blues, and his unique songwriting skills. Using both slide and pick, James’ guitar playing is some of the smoothest in the business. James regularly brings his vibrant and welcoming live shows to people around the globe.