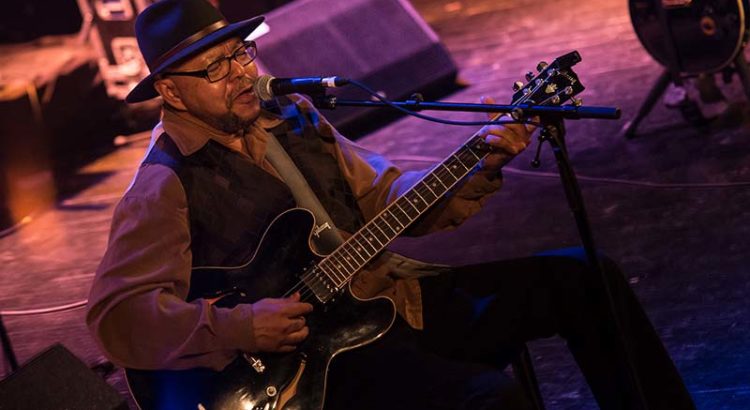 The Long Island Blues Society called Larry Garner “an undiscovered treasure lurking in the bayous,” and Real Blues has labeled him “perhaps the most talented blues songwriter alive today.” Garner’s blues career began when a detour on his evening commute home landed him at a blues jam at that legendary Baton Rouge hotbed of blues, Tabby’s Blues Box. Garner, who had dabbled in guitar since boyhood, began moonlighting at the Box and the rest is history. Garner and his Boogaloo Blues Band won the 5th Annual International Blues Challenge in 1988, and they have toured extensively ever since, winning over legions of fans worldwide who have come to appreciate Garner’s brand of imminently listenable blues akin to those of B.B. King. Garner was inducted into the Louisiana Blues Hall of Fame in 2002 and the BBC has honored Garner as its Bluesman of the Year and named him its Blues Songwriter of the Year three times. Garner was also twice named Real Blues Magazine’s Bluesman of the Year. As Big City Blues says, “If you haven’t discovered the blues brilliance of Larry Garner, then you should jump on this bandwagon. These are blues for today, good to the last note stuff.” www.larrygarnerbluesman.com