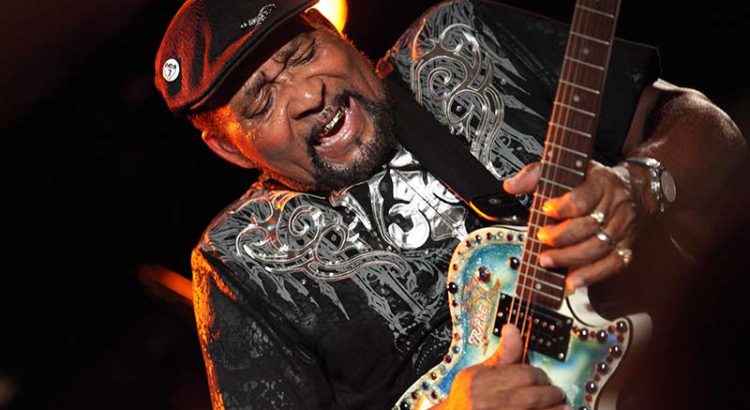 In his hometown of Clarkesdale, Mississippi, James “Super Chikan” Johnson is probably best known for his regular gigs at Morgan Freeman’s Ground Zero Blues Club, and for being Freeman’s favorite blues artist. Hal Horowitz of the Blues Revue says Super Chikan is “fun, frisky, sexy, danceable, and as loopy as you’d expect from a guy who plays instruments fashioned from discarded metal and who grew up chatting to poultry.” The nephew of fellow blues musician Big Jack Johnson, Johnson spent his childhood working on his family’s farms in the Mississippi Delta and twiddling around on his first musical instrument, a rudimentary “diddley bow.” Johnson’s fondness for the chickens on the family farms earned him the nickname “Chikan Boy.” As an adult, Super Chikan began driving trucks for a living, composing songs during the long stretches on the road. He released his first of several albums in 1997 and in 1998 was nominated for the Blues Music Award for Best New Artist. Super Chikan has since toured and performed at festivals around the globe. He has been nominated multiple times for various Blues Music Awards and, in 2010, his album “Chikadelic” won the Blues Music Award for Best Traditional Blues Album. Super Chiken, who Juke Joint Soul calls a “chronic blues party,” also received five Living Blues Critics Awards and in 2004 received the Mississippi Governor’s Award for Excellence in the Arts. www.superchikan.com